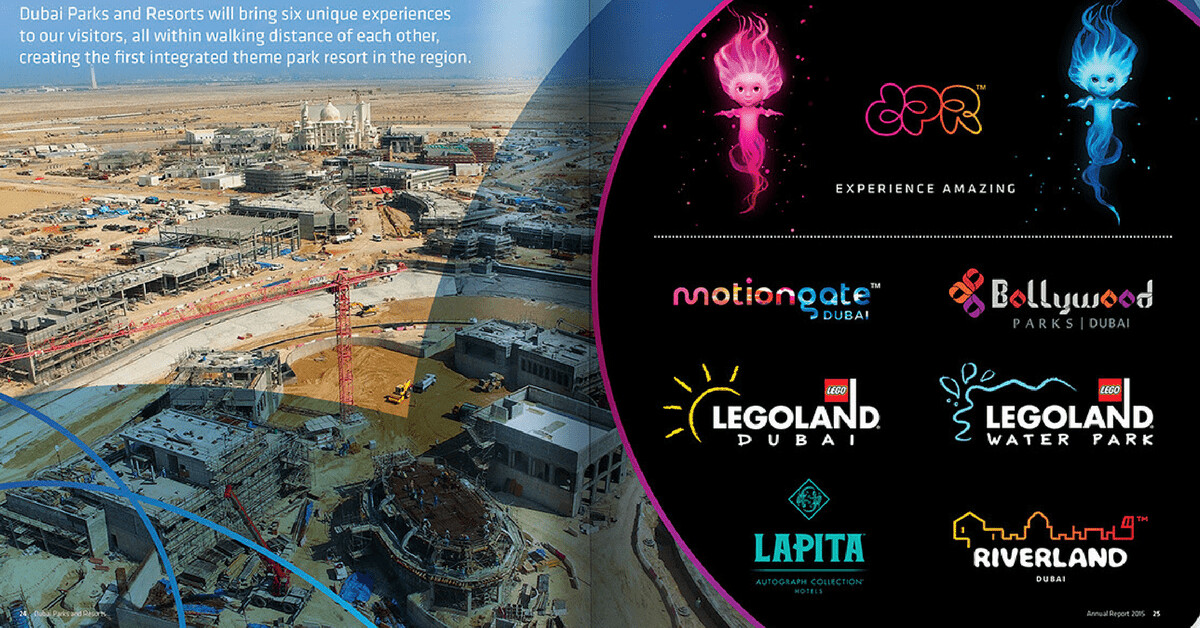 Get unlimited fun with the One Day Two Park Pass where you can choose any 2 parks to visit from all the parks with unlimited access.

This pass will give you entry to the following Parks

Discover the playful, creative world of LEGO at LEGOLAND Dubai. A part of Dubai Parks and Resorts, it is exclusively designed to entertain families with kids aged 2-12. So take your little ones to this amazing theme park! Let them bring their wildest imaginations to life as they explore its six themed lands with over 40 LEGO inspired attractions, rides, and shows. Begin your LEGOLAND Dubai exploration at FACTORY! Here, you’ll enjoy a firsthand look at how the multi-coloured LEGO® bricks are manufactured, before you claim your own custom engraved LEGO brick. You can further go shopping at The BIG Shop, the biggest ever LEGO store in the Middle East.

Splash into a world of LEGO adventures at LEGOLAND Water Park, the region’s only Water Park designed for families with kids aged 2-12. Let your creativity and imagination flow with over 20 LEGO-themed water slides and attractions, including the LEGO Wave Pool, DUPLO toddler play area and Build-A-Raft River where you can imagine and build your very own LEGO raft. It’s where awesome awaits!

The magic of Bollywood is transported to Dubai at Bollywood Parks – the first of its kind in the world. Packed with action, dance and romance, live the Bollywood fantasy with exhilarating attractions and passionate live performances based on some of the biggest blockbusters across five themed zones. You can fly across the world with Hrithik Roshan’s Krrish; hunt down Don (played by none other than superstar Shah Rukh Khan) through the streets of Dubai, and learn a few stunts moves from Salman Khan Dabangg-style. Make sure to catch the region’s first Broadway-style Bollywood musical, Jaan-E-Jigar, at the stunning Rajmahal Theatre, and check out more interactive rides, multimedia theatre shows, and action-fueled experiences.

Discover the magic of Hollywood like never before and let us introduce you to three world-famous motion picture studios: DreamWorks Animation, Columbia Pictures, and Lionsgate. Create memories as you experience motiongate™ theme park. Catch up with all the awesomeness that awaits across our 5 studio zones which include 40 world-class rides.

Save this product for later
Display prices in: AED